Effective Criminal Defense (605) 338-9711 Free Consulation
I thought I was OK to drive. When facing DUI charges there may be options that can reduce or eliminate a conviction. Learn More
We offer effective and aggressive legal assistance.
Contact Us

Are you looking for an experienced DUI attorney in Sioux Falls? If you, or a loved one, have been charged with DUI we may be able to help.

We are effective and aggressive and will work to help you get results that you need, from minor to major charges, at affordable rates.

If you have a legal question, concern, or would like to schedule a consultation simply fill out the form below.
If this is an urgent matter please call (605) 338-9711.

Do You Need a DUI Lawyer?

Get a FREE case evaluation from DUI Lawyer John Wilka in Sioux Falls, SD by calling 605-338-9711 today! Your license is at stake!

Every state has some sort of “drunk driving” statute. The term “drunk driving” is in quotes because none of these laws require that you be “drunk” or “intoxicated” to be guilty. All that is required is that your ability to operate a vehicle has been impaired to any extent at all or that your Blood alcohol level exceeds the state limit (which is now .08% in all states). Some states call it DWI (Driving While Intoxicated), but it refers to the same offense. The consequences of DUI (Driving Under the Influence) differ drastically from state to state and are influenced by your age, blood alcohol limit (BAC), whether you have been arrested for DUI in the past, and whether you caused injury or death during the DUI.

Assess your legal situation. An experienced DUI Defense lawyer can help you understand what you are up against and the fines you may be required to pay. A DUI lawyer mostly deals with DUI matters and knows the process inside and out – including options that a public defender may not tell you. In addition, we offer a free consultation – which may be worthwhile if you don’t understand the process.

Explain the consequences. The consequences of a DUI vary greatly from state to state and Attorney John Wilka in Sioux Falls, SD will be able to explain how those consequences in South Dakota apply to you such as (1) harsher punishments for those arrested with BAC limits over .08 , (2) special laws for underage drivers arrested for DUI, (3) possible community service or plea bargaining, (4) overlapping jurisdiction of Courts and South Dakota's Motor Vehicle licensing department to suspend or revoke your license, and (5) contingent license programs that allow you to use your vehicle to get to and from work.

Manage the process. Dealing with South Dakota's motor vehicle department can be frustrating and time consuming. DUI Lawyer John Wilka in Sioux Falls, SD can manage the process for you by completing the required forms; making phone calls; scheduling and/or representing you at a Motor Vehicle Department suspension hearing, and making other necessary arrangements.

Represent you in court. Experienced DUI Lawyer John Wilka in Sioux Falls, SD knows the ins and outs of the courtroom and may be able to obtain a lesser sentence for you if your situation and South Dakota law allow for it. They are DUI specialists and may know the personnel involved and what arguments work best with the local authorities in your situation.

Don't know if DUI Lawyer John Wilka in Sioux Falls, SD  are right for you? Here are some general guidelines:

Definitely. Definitely hire DUI Lawyer John Wilka in Sioux Falls, SD if you already have several DUI’s and receive another; or if your DUI arrest was the result of an accident or if anyone was injured; or if you are a professional driver whose livelihood depends on keeping your license.

Probably. Seriously consider hiring DUI Lawyer John Wilka in Sioux Falls, SD if you’ve been arrested for a second DUI (in the same or another state) or were arrested with a BAC limit over double South Dakota's legal limit as harsher penalties may apply.

Maybe. You might want to hireDUI Lawyer John Wilka in Sioux Falls, SD if you don’t understand your rights or South Dakota' DUI laws, what you need to do, or the consequences you face. You also might want legal representation if you are in a profession (or plan to be) that requires bonding or in which any criminal conviction might prevent you from getting or keeping a professional license. If you don’t know the requirements, then you need expert advice before handling the case yourself.

If you have been charged with a DUI in Lincoln or Minnehaha county contact Attorney John Wilka in Sioux Falls, SD by calling 605-338-9711 to set up your free initial consultation. 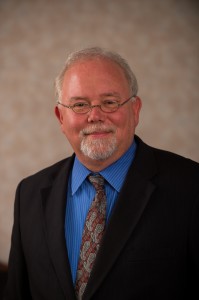